The 122nd China Import and Export Fair (Canton Fair) ended successfully on November 4 with a total of 191,950 buyers from 213 countries and regions attending, up by 3.36% over the 120th session.

Machinery and electronic products continued to lead in trade volume, making up 52.7 percent of the total turnover, seeing a 5.4 percent year-on-year increase. This was followed by light industrial products and textile and clothing. Turnover at the brands sections has grown by 13.6 percent, while the pet sector also received large number of inquiries.

Xu Bing, spokesman for the Canton Fair, noted that the fruitful results were achieved thanks to the growing number of buyers and their purchasing power. 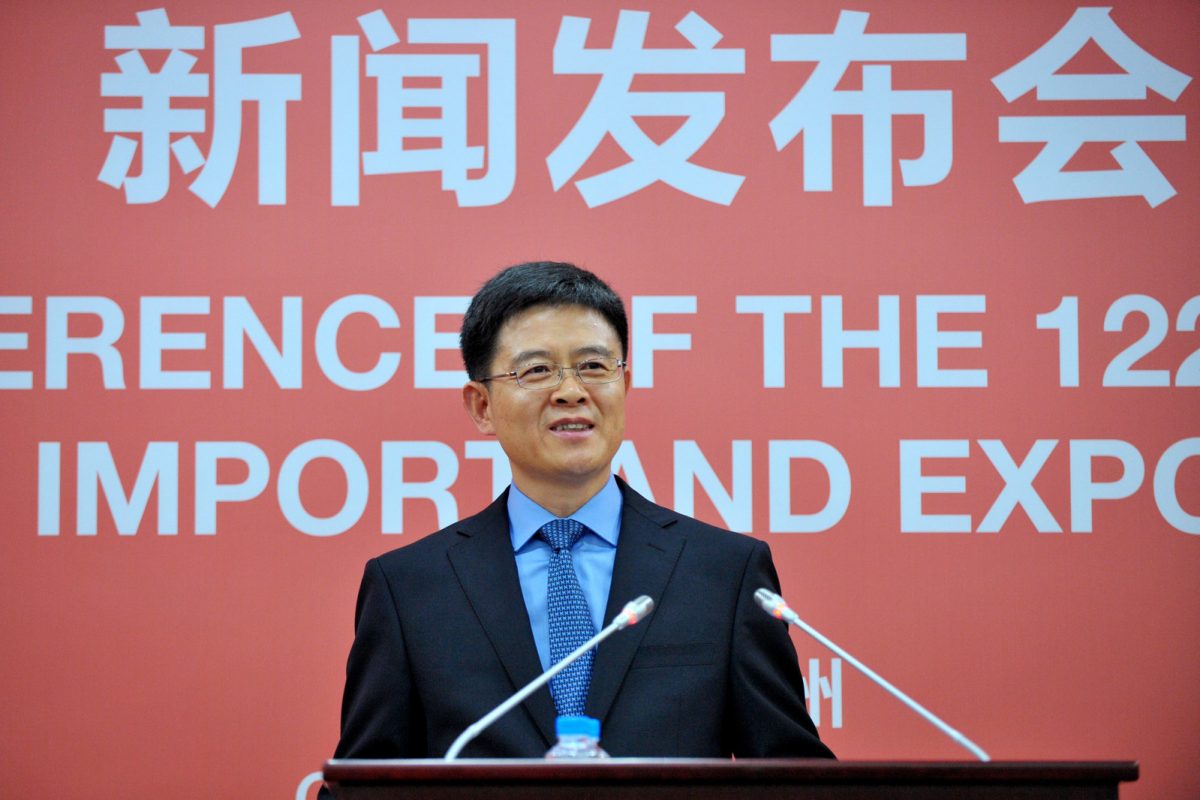 Xu Bing, spokesman for the Canton Fair, noted that the fruitful results at the 122nd Canton Fair were achieved thanks to the growing number of buyers and their purchasing power. (PRNewsfoto/Canton Fair)

Some of the events were:
“UAE on the Belt and Road” – China-UAE Purchasing Matchmaking;
The Canton Fair (UK) international market forum;
The Canton Fair Sourcing Day-United Nations and International Organization.
“We are thrilled to see the Canton Fair continuing to promote global trade by maintaining optimizing exhibition sections to improve the precision in attracting investment,” said Xu. “We wish that in the upcoming 123rd Canton Fair we will meet more new businesses and work together to reshape the international trade market, taking it into a new era.”

About Canton Fair
The China Import and Export Fair, also known as the Canton Fair, has been held biannually in Guangzhou since 1957. It is the largest exhibition with the widest array of products, most diverse selection of buyers and highest business turnover in China.
http://www.cantonfair.org.cn/en/index.aspx