Keio Plaza Hotel Tokyo, one of Japan’s most prestigious international hotels located in Shinjuku, Tokyo, will host an exhibition entitled “Japanese Chopsticks Exhibition – as Part of Gift Giving Tradition” from November 7 to 20, 2017 in the Art Lobby. About 70 lacquered chopsticks from various prefectures throughout Japan will be displayed, along with special chopsticks in wood boxes and with chopstick rests. In addition, guests who eat specially prepared Japanese breakfasts (Limited to 10 meals per day) at the exclusive Club Lounge of “Premier Grand” will be presented with one set of commemorative Wakasanuri lacquered chopsticks. 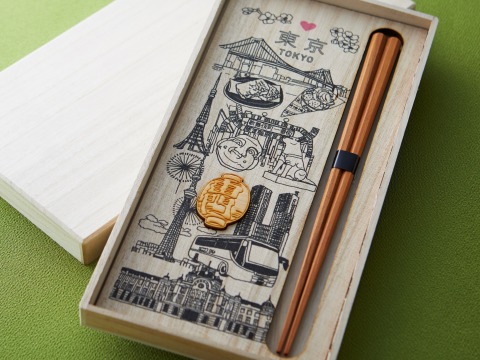 This annually held exhibition is part of the Keio Plaza Hotel’s Japanese cultural experience program and this year marks the sixth consecutive year that it will be held with the most renowned manufacturer “Hyozaemon”, which was founded in 1921. Japan’s traditional food culture is believed to be the only one in the world that uses only chopsticks, and the Keio Plaza Hotel seeks to demonstrate the beautiful tradition of Japanese chopsticks to guests. This exhibition is also designed to convey how chopsticks reflect the seasons in Japanese food culture, and show off various beautiful and colorful lacquer techniques as Wakasanuri, Wajimanuri, and Tsugarunuri from all parts of Japan that represent the uniquely Japanese concept of “wabi-sabi”, which can be described as the acceptance of transience and imperfection. Our Japanese cultural experience programs have been well received by guests, of whom 75% are from overseas countries.